The reason is given out by the local government that after becoming the new seven wonders in 2012 , Halong Entrance tickets are cheaper than the other new seven wonders as Que Lin in China ( 6.00 usd ) and Angkok in Cambodia ( 20.00 USD).

They also said that the new prices of Halong Bay Entrance Ticket will help the local government have more money to invest in protecting the new seven wonder Halong Bay Vietnam better.

The new price last time after Halong bay became new seven wonder, Halong government got 196 million vnd ( 980.000 USD) from Halong bay entrance tickets in 2012! They will get 200 million vnd ( 100.000 USD) in the year 2013. The government will spend 25 % of this money for labour payment and the rest will be reinvested in Halong bay Protection. - Quangninh14.com/HaiVL 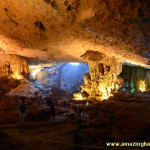 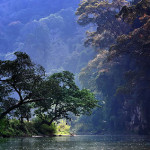